Metro Imaging recently had the pleasure of working closely with London-based, South African Photographer Gideon Mendel in producing his 2019 Prix Pictet Award shortlisted series Damage: A Testament of Faded Memory. The theme for the eighth cycle of the Prix Pictet is Hope, a theme that offers a wide range of creative possibilities and a strong set of connections to the Prix Pictet’s overriding theme of sustainability. Hope in the face of adversity. Recycling. Reforestation. Rewilding. Science – advances in medicine – and technological solutions for global environmental problems. Falling poverty levels. It is time to examine some of the positive actions on sustainability that are beginning to emerge by contrast with the alarming analysis that constantly assails us in the global media.

For the touring exhibition, the detailed photographs were reproduced as large-scale Lightjet prints on Kodak Endura C-type Matt Paper, 3m in length, and mounted to Dibond with subframes.

‘These images emerge from a time of hope, activism and tragedy. In the 1980s, I was part of a young generation of ‘struggle photographers’ in South Africa, documenting the fight against apartheid. In 1990 I left a box of my outtakes (negatives and transparencies) in storage in Johannesburg and subsequently forgot about them. A few years ago, they were returned to me and I discovered that at some point in their many years of neglect, the box had been rained on, and the top layers had been affected by both moisture and mould.

I found that this process of decay revealed something potent and significant. Could the entropy of these negatives reflect ways in which communal memory of these pivotal events along with the idealism of that period is fading?

I was struck by the fact that the interventions that overlay my original photographs are happenstance, completely random impacts of time and water. The images still carry the power of those remarkable scenes I documented all those years ago, yet their corruption and damage seem to magnify that energy. My only action was in choosing to expand the frame into the negative rebate, reconsidering what might be included or left out of the final image.

At the start of my lifelong photographic journey, I experienced many intense and traumatic events but chose not to take the time to ‘process’ them psychologically. Like these negatives, I left them packed away. So this engagement with a distorted and clouded version of my memory reflects an intensely personal reconnection with my history. On a contemporary political and global level, it also serves as a reminder that in moments that may seem bleak and hopeless on all fronts, things can change in ways that surprise us.

Hope and tragedy seem so closely intertwined in my recollections of this period. It was a moment where the hegemony and power of the apartheid state seemed insurmountable in all its brutality, yet in response, there was such heroic idealism within the township mobilisation that I witnessed.

I feel that the actual negatives are now striking physical objects, their distortion speaking to a deeper truth beyond their original documentary format. I am presenting them here as testaments to faded memories of hope and struggle, reconsidered and reframed in all their historical materiality.’

The Prix Pictet’s eighth edition will begin at London’s Victoria & Albert Museum, before embarking on its world tour. All twelve shortlisted artists will be exhibited, including the 2019 winner Joana Choumali.

1. A rally welcoming the SWAPO Party of Namibia’s leader Sam Nujoma on his return to Namibia after thirty years in exile. Windhoek, September 1989. Scanned and reframed after accidental water and mould damage in 2016 © Gideon Mendel.

2. Protestors outside the Congress of South African Trade Unions (COSATU) House, after a May Day rally in which COSATU demanded the day become a paid holiday and called for a nationwide ‘stay away’ protest by workers. One and a half million workers across the country, along with thousands of school pupils and students observed the call. Johannesburg, May 1986. Scanned and reframed after accidental water and mould damage in 2016 – Gideon Mendel. Installation view of work at V&A Museum 2019. 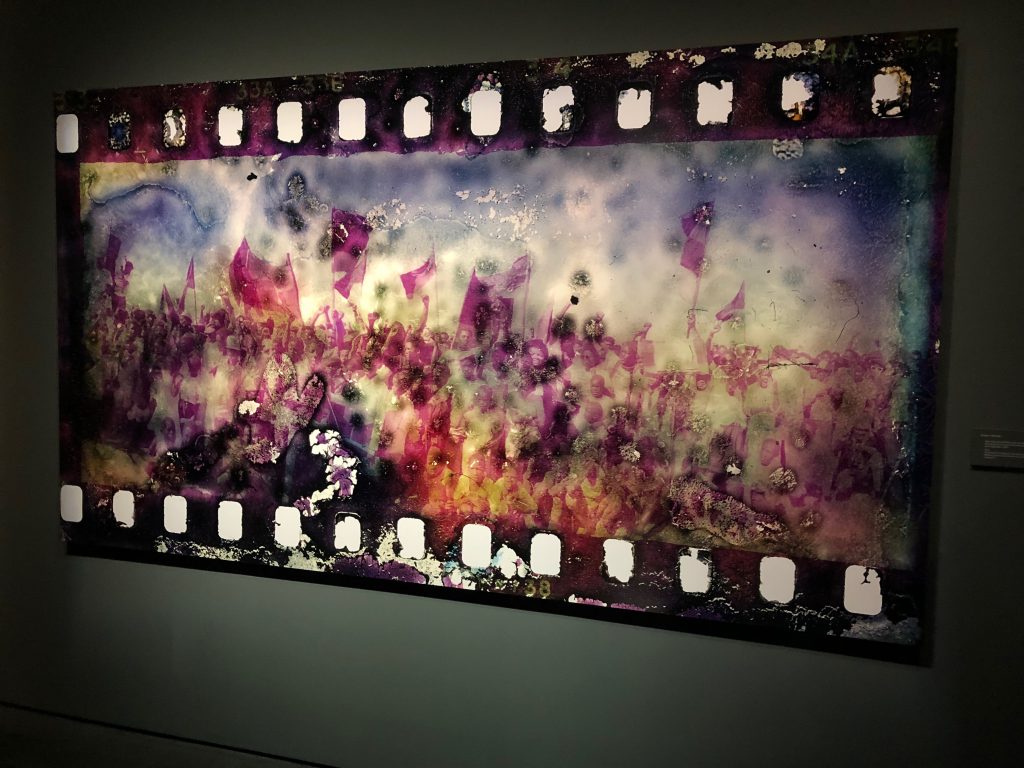 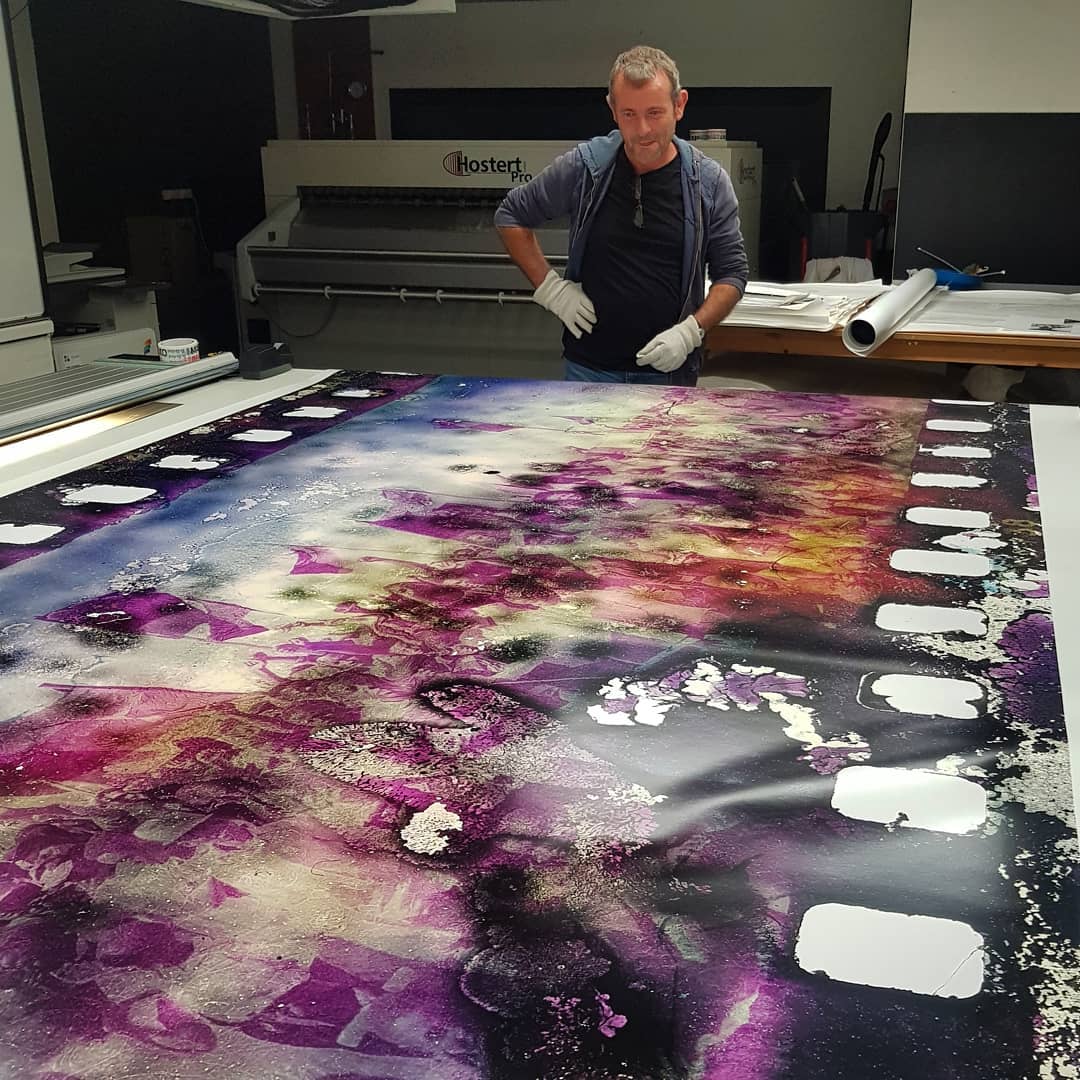