Last year the Free Range Graduate shows provided a platform for thousands of students to showcase their emerging creative works and celebrate new talent. Supported by Metro Imaging, the show also awarded two photographers Alexander Mourant and Manny Melotra both an FR Award for Photography – both photographers won the opportunity to exhibit a solo show in London in 2018.

This February sees the resulting exhibitions open at the Truman Brewery: ‘Aomori’ by Alexander Mourant and ‘The Broadway’ by Manny Melotra.

Metro awarded both winners with an annual mentorship and personal support in the lead up to their exhibitions, plus £1000 credit for services at our lab. We caught up with Alexander for a quick chat prior to the opening of the shows.

Can you tell us about your body of work Aomori, which is being exhibited at The Truman Brewery?

I am showing previously unseen work, photographed in Japan, titled Aomori. I became greatly interested in how we invest ourselves into the medium, with our hearts and minds. I wanted to see if I could expand the possibilities of the photograph by giving it a body too, a soul almost, in which we could experience from the image itself.

Through Aomori, I chose to take a few ideas found in my previous work, refine them, and create a new body of work which directly expanded these metaphorical territories. I sought a location of infinite scale and depth to help activate my photographs. Continuing along the vein of organics and humidity, acting as psychological stimulants, I became interested in exploring the philosophy of the forest.

A notable development in Aomori is employing one singular colour. My interest was drawn, with an almost overpowering urge, towards the colour blue. For me, the immensity found in the colour blue, encourages a deeper reflection on our past, present and future. In the same way, the presence of the forest and the density of its nature, arrests for us, the relentless progression of time.

How would you describe your photographic style and what inspires you to shoot?

My inspiration is often non-photographic. Before travelling to Japan, I read books on metaphysics by Gaston Bachelard, Rebecca Solnit, John Berger and philosopher Martin Heidegger. Through my research, I became interested in Haruki Murakami, a prolific Japanese author, whose storylines fed perfectly into my own work. Artistically, my influence is varied, but I would definitely mention John Gossage, Hokusai, and Lothar Baumgarten. However, there was no higher influence than the great Yves Klein.

Experimentally, I sourced blue glass from a church window, which was then cut to size to fit the filter holder of my camera. I wished to truly introduce this colour into my process, by exposing my film directly to the blue world. Glass, which is normally a material of separation, is employed directly in my process to unite both medium and idea. These photographs bring Solnit’s blue of distance near, into the world of the forest; they are by process, forever blue.

Before departing for Japan, I conducted digital tests with my blue glass. This technically helped gauge my ideal exposure time. However, it didn’t tell how the process would translate to film. Also, whilst travelling, I was continually experiencing varying weather conditions which resulted in inconsistent photographs. I am normally accustomed to shooting in a particular way. As it turns out, shooting the world of blue is ironically more akin to shooting black and white. Bright sunlight is of the utmost importance.

You’ve been working closely with the Metro team in the run-up to your show, how have you found the production process?

Through my mentorship with Metro Imaging, I have gained access to their expertise in all aspects of my exhibition. Technically, with Metro Imaging, I have expanded my skills with analogue film scanning, explored alternative printing processes and exhibition production. I found the team to be extremely passionate and keen to help produce the best results from my work. They have been essential to the transition from student to working artist.

We know photographers always have one eye on their next project, what’s next for you?

Good question. I have been so focused on the exhibition that I’ve yet to form a concrete plan. I am very interested in continuing to push the boundaries of my practice and undertaking residencies would create an exciting space to do so.

Will any of the prints be available to buy?

Of course! I am delighted to have received further funding for the exhibition from Arts Council England and ArtHouse Jersey. This has enabled me to produce a dynamic and visually stimulating show. Through using different scales, the show will have a natural rhythm, something which I feel will help my audience become calm and really engage with the photographs.

The work presented is all in small editions, printed on archival Giclée paper and framed in a pure white box frame. Ideal for young and established collectors. 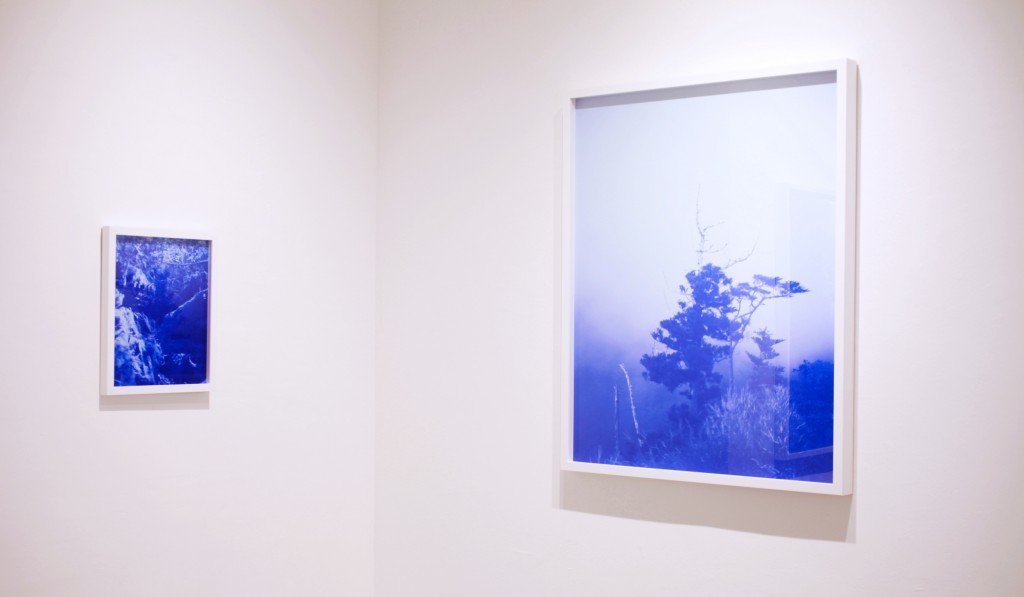 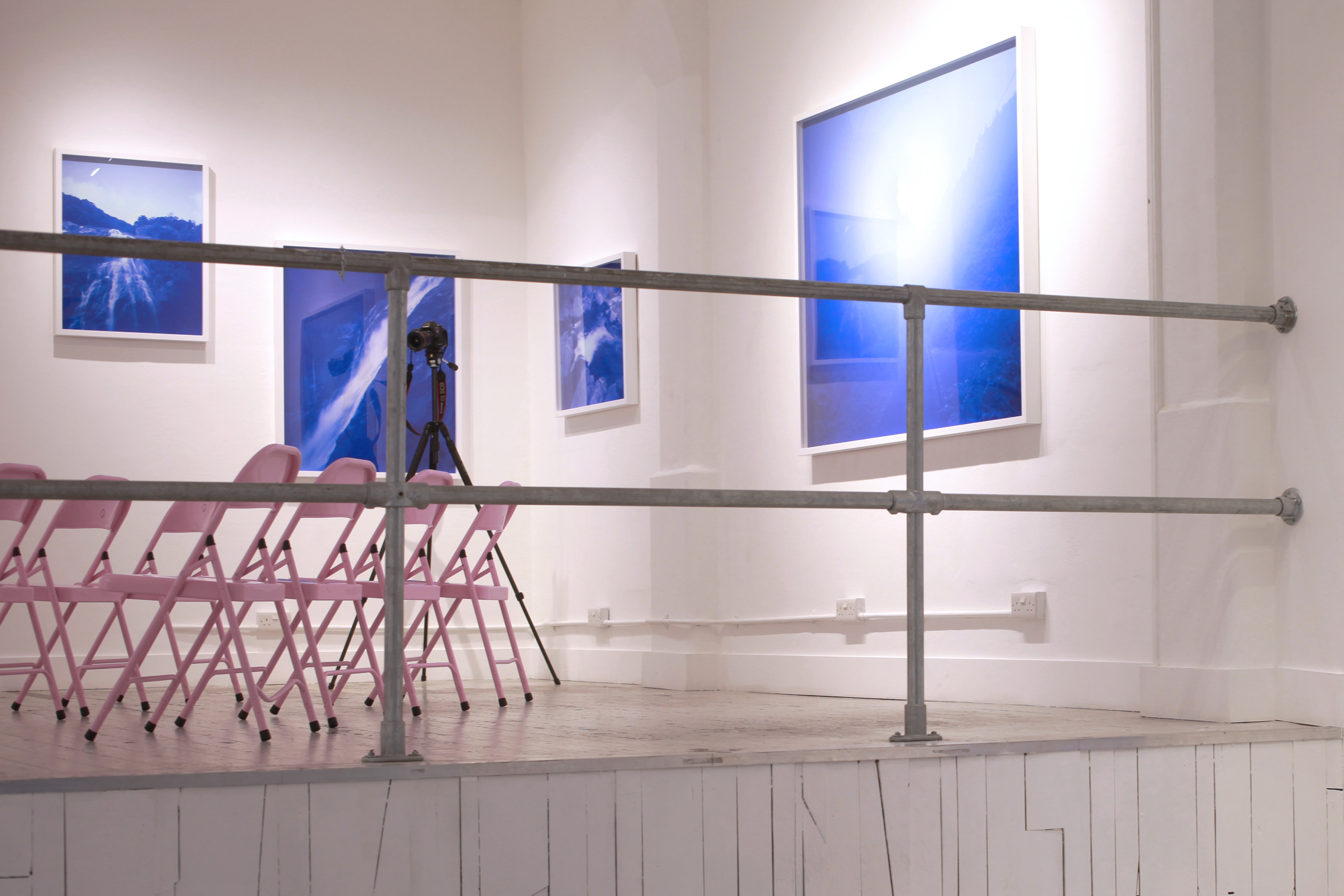 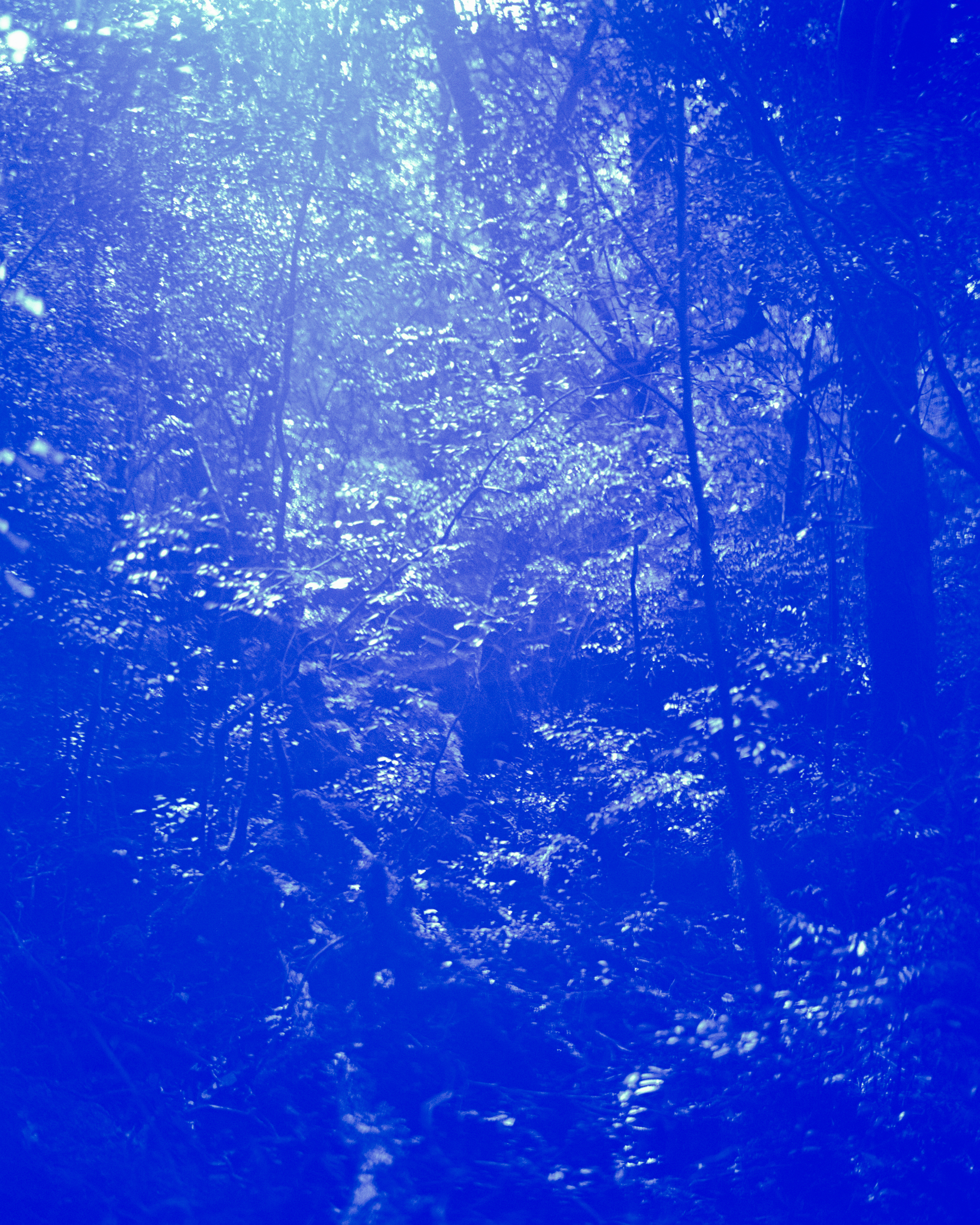 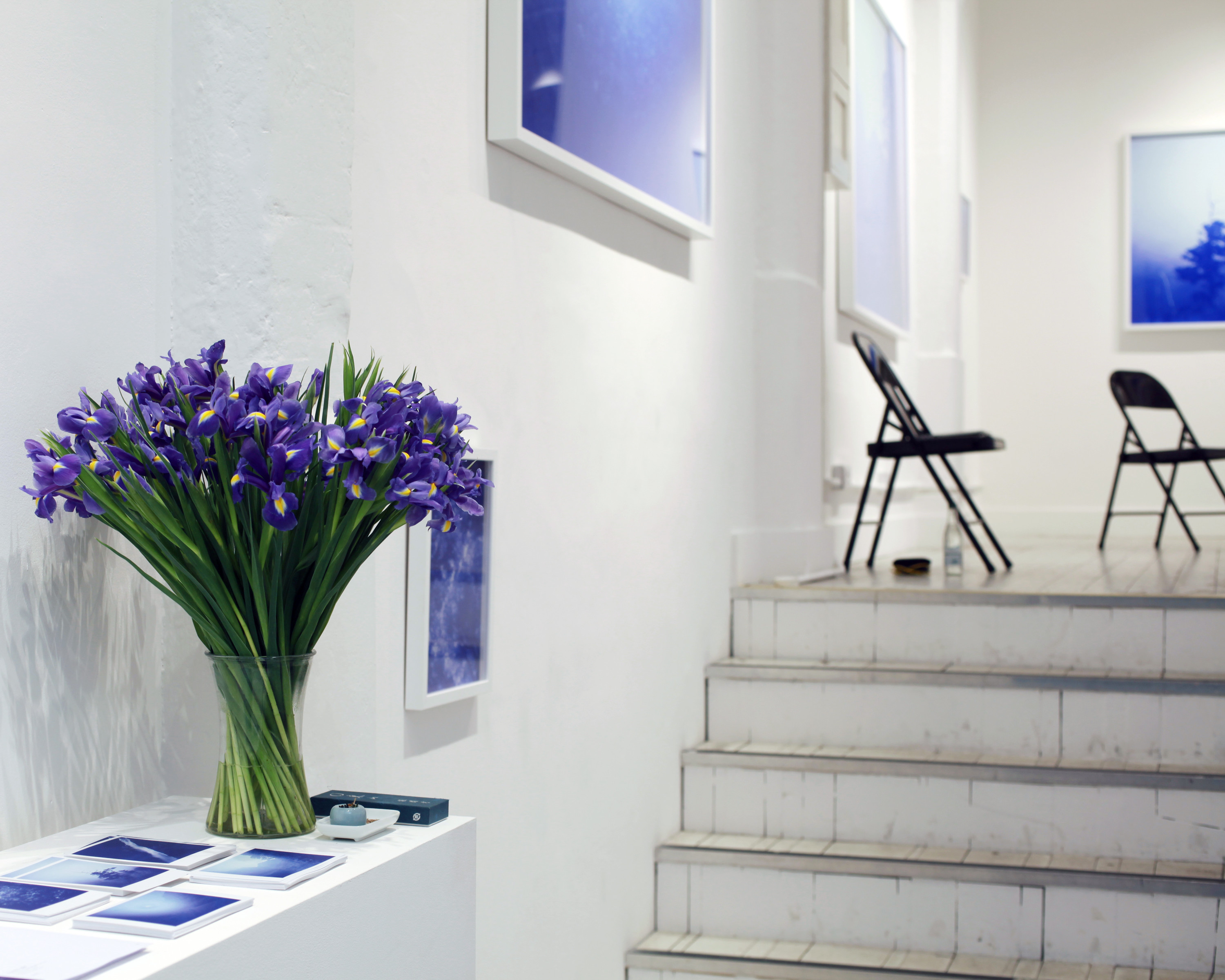 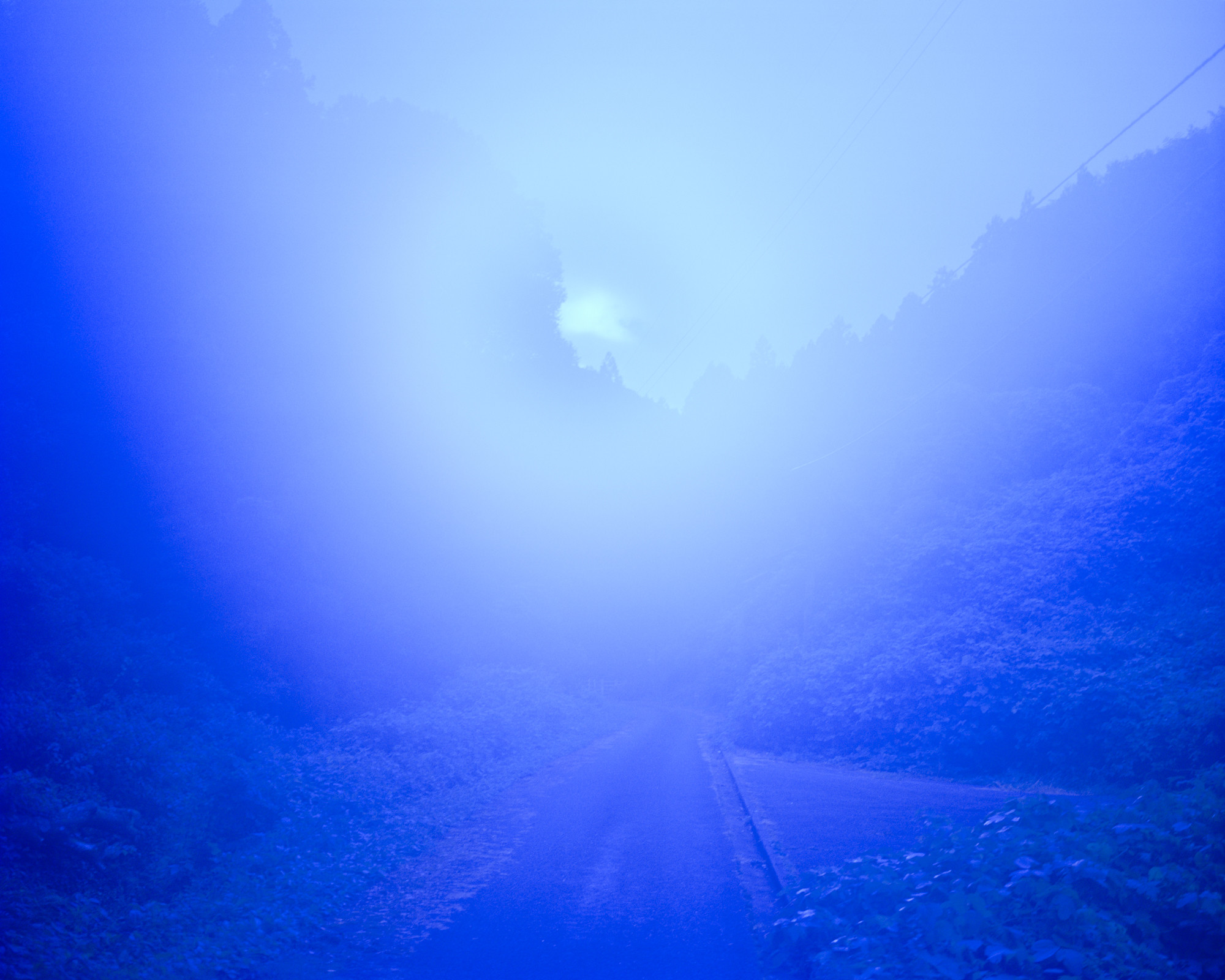 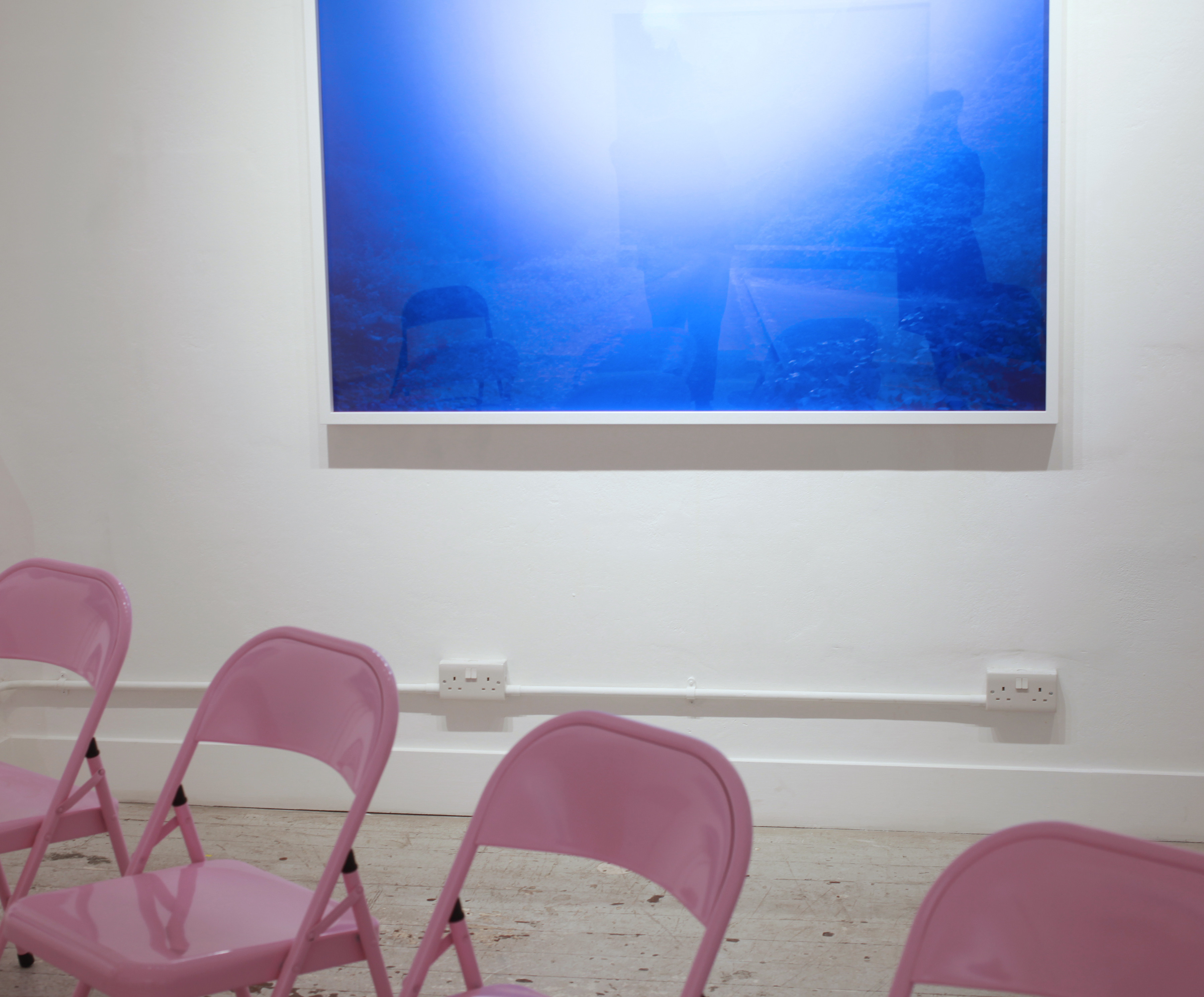